The Pain Crisis in America


There is a Pain Crisis in America. Its primary manifestation is the routine and widespread under-treatment of pain, especially chronic, non-cancer pain. Other manifestations include a severe and growing shortage of physicians willing to prescribe morphine and related opioid analgesics, the widespread use of more toxic and less efficacious classes of medications in an effort to avoid opioids, and the profound distortion of medical education and of the doctor-patient relationship.


How large a problem is under-treated pain in America? In a 2001 article in the Journal of the American Medical Society (JAMA), Brian Vastag reports on the work of Richard Brown and colleagues who stated, at a National Institute on Drug Abuse (NIDA) symposium in April 2001, that there was widespread acknowledgment that both acute and chronic pain are under-treated. Brown estimated that more than 17% of Americans have serious chronic pain and that many go untreated and many more are under-treated. This is the pain crisis in America.


In an attempt to gauge the extent of the problem, these researchers developed a survey that measured the prescribing practices for benzodiazepines (Valium and related sedatives) and for opioid analgesics by different groups of physicians in response to variations of a single presented case. The physicians' prescribing decisions were then compared with recommendations from a panel of pain management experts. The findings were stark:


While the expert panel recommended that virtually all patients with [common idiopathic back pain] who do not respond to other treatments be given an opioid analgesic, only 20% of physicians said they would actually write that prescription... "It suggests there's a lot of unnecessary suffering," said Brown. To combat the problem, he called for increasing the amount of medical school education devoted to pain management, from the typical 2 to 4 hours to 16 or 20.


None of this is new. For decades, researchers have noted this discrepancy between how chronic pain should be treated and the dismal state of the art as practiced in the U.S., and they commonly call for more and better education of physicians. But is the pain crisis in America simply a problem of the acquisition and application of medical knowledge? And if so, why have the impressive and consistent educational campaigns directed at this problem in recent decades failed to yield the expected changes in medical practice in the U.S.?


The historical record strongly suggests a deeper and far more disturbing root cause of our current pain management predicament. In the years after 1914, the Narcotics Division of the Treasury Department, progenitor of today's Drug Enforcement Agency (DEA), brought a series of test cases against physicians under the Harrison Act. Through the courts, drug prohibitionists achieved the criminalization of drug users and of the doctors who would treat them as patients and as human beings worthy of the same individualized medical care as any other sufferer in a free society. This wide scope of law enforcement responsibility was far beyond that legislated by Congress when it passed what appeared to be a tax act in 1914.


This historical period marks the invention of a perpetual national drug crisis which has ever since been claimed as the special national interest justifying the regulation of opioid analgesic medications and other dangerous drugs' by a federal law enforcement agency. In so doing, this agency has usurped the right constitutionally reserved to the states to otherwise license and regulate medical practice in that most fundamental, archetypal, and timeless of all the medical arts: the skillful application of opioid analgesia towards the relief of human pain and suffering.


While opium and its derivatives are among the most ancient and well understood and safest pharmaceuticals mankind has ever developed, problematic use has been a source of personal tragedy in the lives of individuals throughout recorded history. However, before about 1920, there was no domestic drug subculture, no drug problem, no criminal black market, no drug cartels, no state-sponsored hounding and jailing of drug users and pain patients and of their physicians, no public outcry for the politicians of the day to "get tough on drugs." In fact, there is no credible record of a domestic drug problem prior to the perversion of the Harrison Act in the courts in the years after 1914 although there were many more opiate dependent people, both in absolute numbers and as a percentage of the population, than there are today. It has been estimated that in the 1880s some 4 per cent of the population of the United States used some kind of opiate for non-medicinal purposes.


For a sense of perspective, consider that modern heroin use peaked in the late 1980's at approximately 326,000 (past month) users, or about 0.1 percent of the population, according to National Household Survey on Drug Abuse data. It is notable that, in the decades around the end of the Nineteenth Century, America supported large and powerful popular social movements against alcohol and tobacco use which were widely (and correctly) perceived as true national public health scourges. There is no record of any anti-opioid movement or opioid prohibition movement of similar significance because this class of substance was not viewed (again correctly) to be a social scourge or significant public health menace.


The root cause of the widespread under-treatment of pain can be traced directly to the systematic, nationally coordinated, relentless harassment, arrest, and prosecution of thousands of American physicians, many of whom had been engaged in nothing other than the standard care of pain and addiction of the day. This pogrom has continued, unabated, for almost ninety years.


The proximate cause of the pain crisis arises from what is known as the "chilling effect," a phrase which describes the grotesque distortion of the norms of medical practice and the violation of the doctor-patient relationship that results from the withdrawal of physicians from the appropriate treatment of pain due to fear of litigation, loss of livelihood, and incarceration.


In a 2003 press release entitled "The Myth of the Chilling Effect," the DEA denied the possibility that its actions against physicians could have such an effect, arguing that DEA only brings actions against a miniscule proportion of doctors, therefore actions against doctors for violations of the Controlled Substances Act (CSA) cannot be causing other doctors to seek to avoid such actions by failing to use opioid analgesics appropriately or by refusing to prescribe them at all. We will analyze this document very carefully later in this paper and reveal it to be so much dissembling gibberish.


What each of us as members of a free and democratic society, governed by our own consent under the Constitution and the Bill of Rights, with an understanding of the meaning of federalism, States rights, the Fourth Amendment right to privacy, and the separation of powers, has to decide is:


Was there ever, or is there now, a national problem caused by domestic licit and illicit drug use of such dire import and magnitude that it might justify placing medical doctors and researchers under the direct regulatory control of adversarial federal law enforcement officers with no medical training? Should the DEA, a federal law enforcement agency with a Fiscal Year 2004 Office of Management and Budget (OMB) rating of ZERO, have the power to prescribe and proscribe the medical behavior of individual physicians, down to the level of judging individual patient medication regimens, and to grossly distort the norms of medical practice in entire specialties of medicine?
If there is a national drug problem that does warrant eighty years of a war on drugs / war on doctors and the systematic state sanctioned abuse of pain patients, drug users, and their families, what exactly is the nature of the problem and how severe is it? Compared to what? 3. Where do we go from here? Does the DEA have a legitimate role in making policy on issues which are considered to be medical and public health matters by the vast majority of the nations of the world? Is negotiating towards achieving consensus with such people possible? Is it strategically, morally and ethically advisable? There have been several "Pain Summits" over the years and grand "consensus documents" and "clinical guidelines" have been proclaimed, and yet the war on doctors continues unabated. So we ask, does the DEA negotiate in good faith? 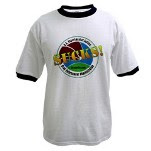 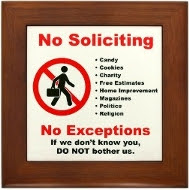